Store Manager of the Year 2009

Each year Auto Value regional managers throughout Minnesota, Wisconsin, North Dakota and Michigan have the opportunity to nominate a store manager they believe deserves the award.

Bugge began his career with the Thief River Falls Auto Value parts store in 2000 and is a true testament to his profession.  “Cory is compassionate about his work and knows how to take care of customers,” said Phil Bahl, vice president and general manager of Automotive Parts Headquarters stores.  “He also does his best to make each member of his staff feel like they are an important part of the team.  Automotive Parts Headquarters is proud to recognize Cory as the 2009 Store Manager of the Year.”

When away from work, Bugge enjoys spending time with his son and daughter.  He also takes pleasure in hunting deer and prairie dogs, watching NASCAR and snowmobiling. 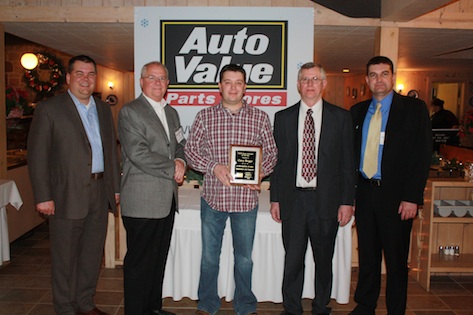