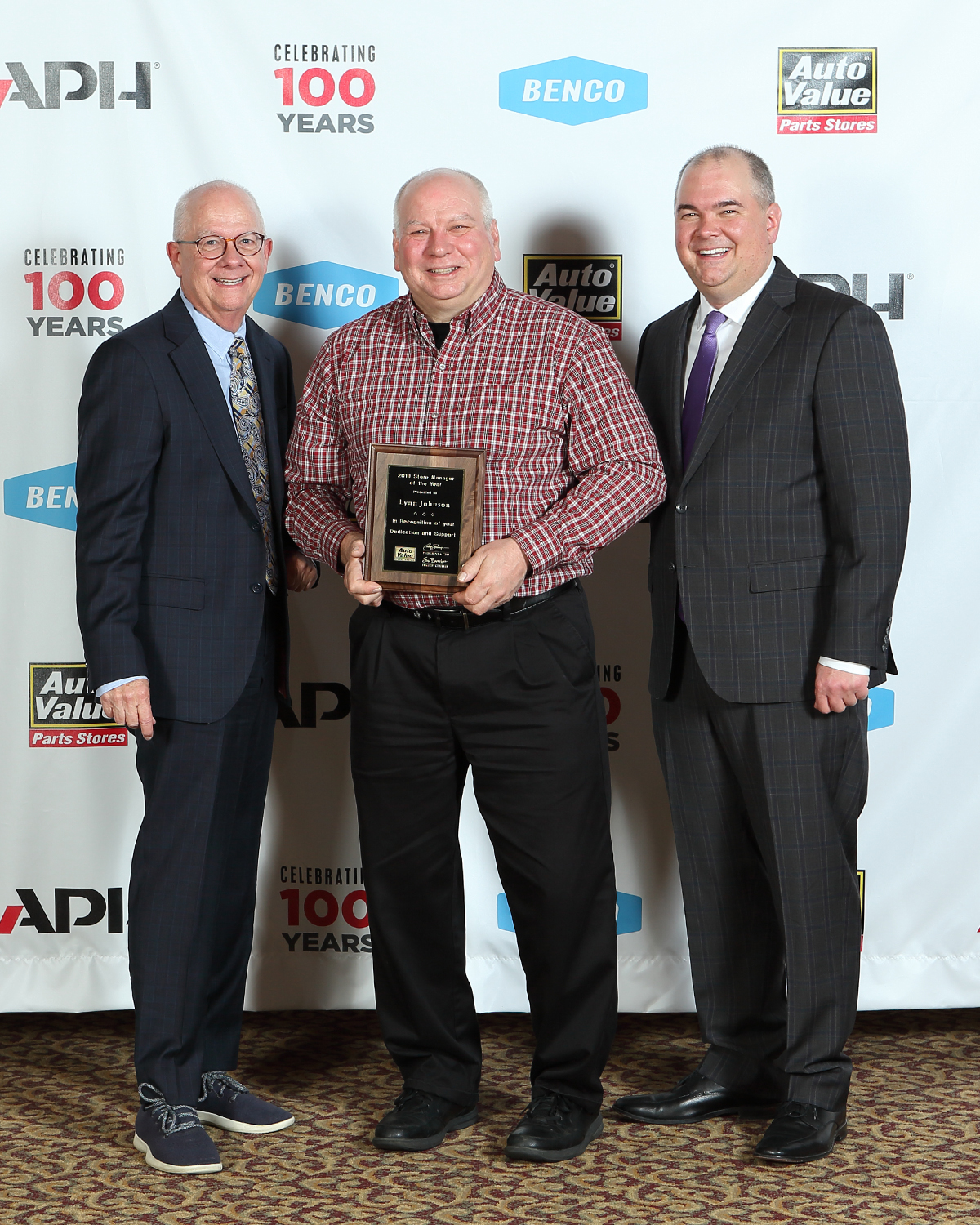 APH named Lynn Johnson as the recipient of the 2019 Auto Value Store Manager of the Year award. Johnson is the manager of the Park Rapids Auto Value parts store. He was recognized during an awards banquet at APH’s annual Winter Conference on Monday, January 20, 2020 at Cragun’s Resort in Brainerd, Minnesota.

Johnson has been a part of the Auto Value team since 2000. When not at work, he enjoys spending time with his wife, Roxanne, their three children and two grandchildren. He also enjoys spending time at the local dirt track and attending meetings as a member of his local township board.