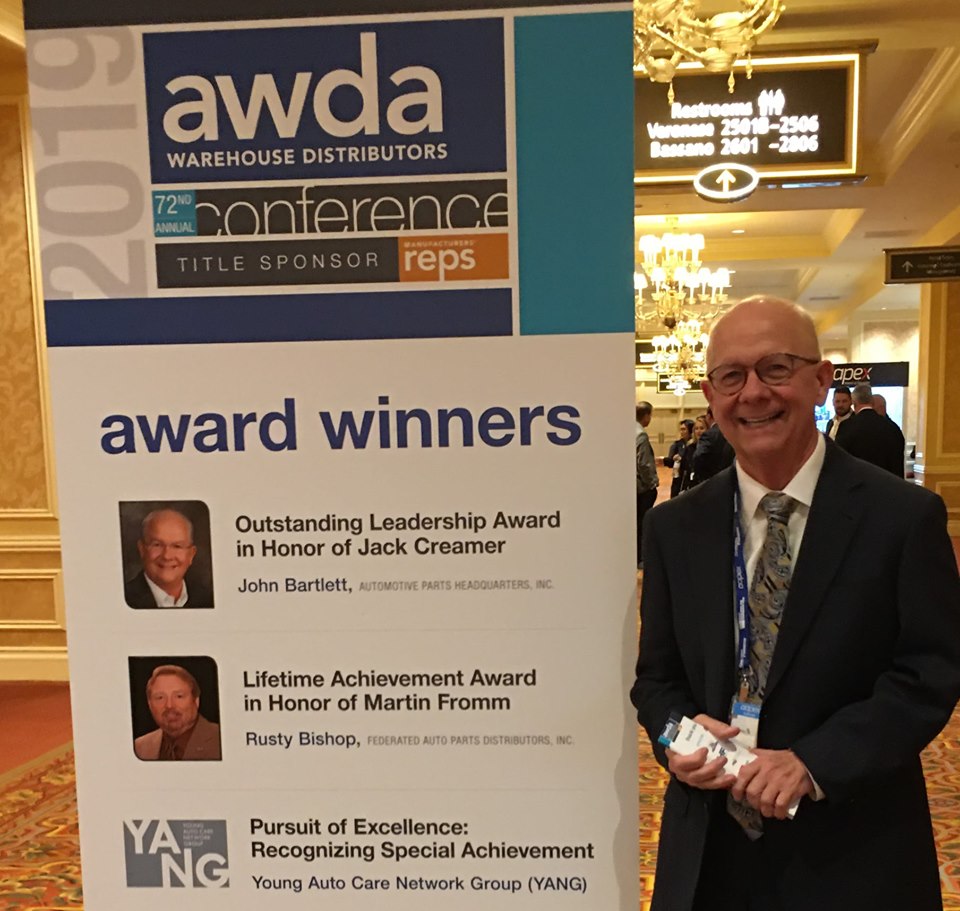 John Bartlett, executive chairman and CEO at APH, has been named the 2019 Automotive Leader of the Year. The award is perceived as the industry’s highest honor.

“I am extremely honored and humbled by this award,” Bartlett said. “I’m grateful I’ve had the opportunity to spend so many years in the industry and to meet so many great people along the way.”

The Jack Creamer Automotive Leader of the Year Award is given annually to an individual who, over the course of several years, has “made a unique and monumental contribution” to the aftermarket or the Automotive Warehouse Distributors Association (AWDA). The accomplishments of the recipient must be “well above and beyond any routine day-to-day activity and shall be reflective of a commitment to the industry that few individuals can match,” according to the Auto Care Association.

Bartlett was born into an aftermarket family and grew up working in a parts store alongside his father, joining the business full-time immediately after college. When Bartlett was just 28 years old, his father died and Bartlett took over as president. Through his leadership, the company has expanded its footprint from its base in St. Cloud, Minn. to now include five surrounding states. APH is also an Auto Value member of the Aftermarket Auto Parts Alliance, Inc.

“From the day John was unexpectedly thrust into APH presidency to today, he has repeatedly demonstrated his merit and commitment to his company, community, and industry,” said John R. Washbish, president and CEO of the Alliance. “His outstanding leadership is absolutely worthy of this recognition.”

In addition to leading his company, Barlett has played a key role in directing the industry. He spent six years on the Alliance’s Board of Directors and another two as chairman. He has also served on the AWDA Board of Governors.

Outside of the industry, Bartlett has been a leader in his St. Cloud community as well. He’s an active supporter and former board member of WACOSA, a nonprofit organization that connects local businesses with a workforce of more than 500 adults with disabilities. His annual Chili Cook Off efforts have raised close to $1 million in recent years for WACOSA, both from participating supporters and from Bartlett himself.

Bartlett was announced as the winner during the AWDA Awards Dinner Nov. 3, 2019, in Las Vegas.