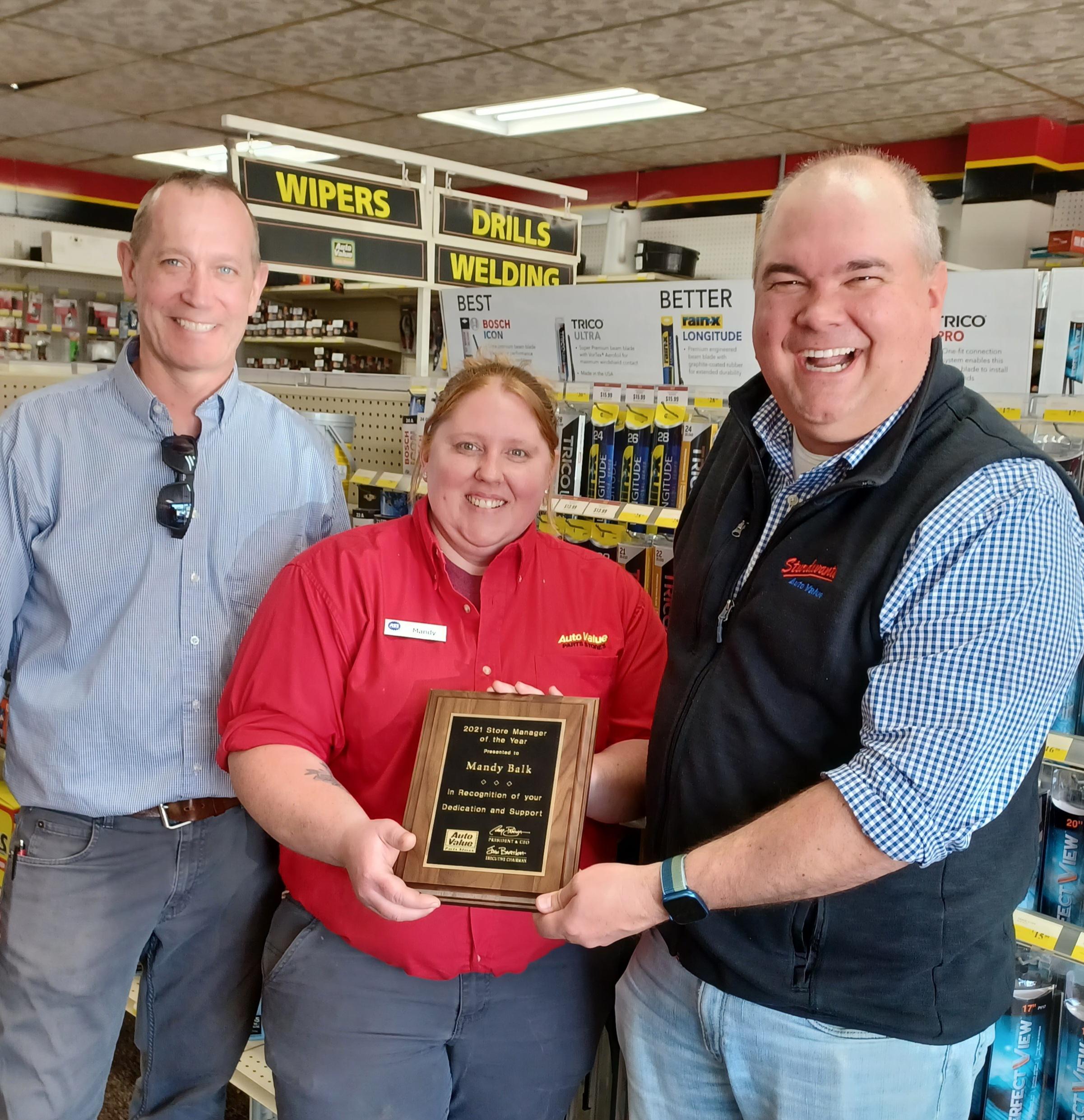 APH named Amanda Balk as the recipient of the 2021 Auto Value Store Manager of the Year award. Balk is the manager of the Auto Value parts store in Thorp, Wisconsin. She was recognized during a virtual awards night at APH’s annual conference.

Balk was nominated by Matt Koxlien, regional manager for the Auto Value stores located in western and northern Wisconsin. Koxlien commented, “2021 was a very successful year for Amanda and her store. Her teammates and I both agree she is absolutely fantastic to work with. Customers know her as a go-to problem solver, who does it all with a smile.”

Balk has been a part of the Auto Value team since 2010. In 2014, she was named Auto Value Counterperson of the Year and in 2020, she received the award for Auto Value Impact Player of the Year.

When not at work, Balk enjoys spending time with her husband, Josh, and their son, Landon. As a family, they are very active in the local motorsports scene.